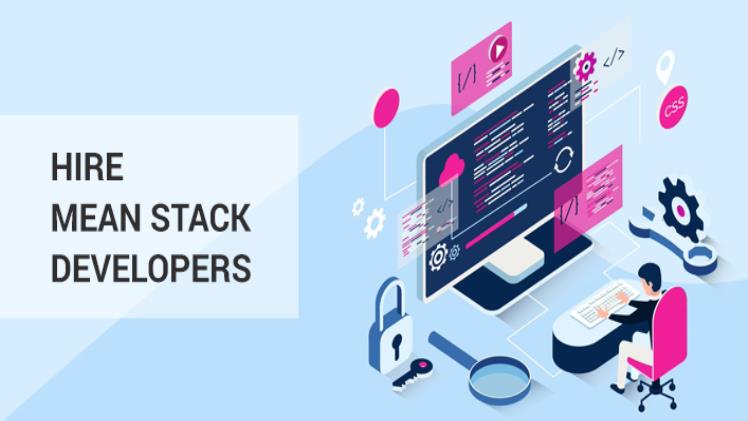 Angular developers are usually more like freelancers who work on small projects. To determine how much it will cost to hire an Angular developer, you should consider the experience and expertise of the developer.

Angular is one of the most popular front-end JavaScript frameworks for web development. It provides smooth and interactive UIs for web apps. It reduces the load time of applications. It also provides a cost-efficient solution for developing mobile applications. In addition, it has a large community.

It is also used for single-page applications and dynamic web applications. Angular is embedded with MVVM architecture, which enables two-way binding of View and ViewModel. Its two-way binding allows developers to create interactive UI/UX designs. It can also reduce memory leaks. It works well with other technologies, such as Node, which adds more features to the framework.

Angular developers can be categorized into three different groups depending on their programming experience. They are junior, mid-level, and senior. It is important to choose the right developer for your project.

If you are looking for a developer, look at his past projects. You can find feedback and reviews from his past clients. Also, look for an NDA signed by the developer. This will help keep your project confidential and prevent the leakage of information.

Another thing to consider is the scope of the project. A small project with basic features may require fewer skills, while a complex one might require more skills.

Angular developers must have good communication skills and be able to work in a team. They must also be able to write code that is clean and scalable. They must also have excellent knowledge of JavaScript, CSS, and HTML. They should also be proficient in Typescript and reactive extensions for JavaScript.

Angular is a cross-platform framework, which can be used to build web, mobile and hybrid apps. It was developed by Google and is used by various businesses such as Nike, Forbes, PayPal, AT&T, and McDonald’s. The newest version of Angular, Angular 8, offers many features and improvements.

An angular is a good option for large-scale, high-performance projects. It provides developers with everything they need to build a quality app. It offers performance optimizations and is a great solution for public-facing websites. Its ability to eliminate redundant code and provide a good UI can help you save time and money.

Angular has many development tools, including a command-line interface, which can be extended with third-party libraries. It uses TypeScript, a superset of JavaScript, which allows developers to write code in a concise and error-free manner. It also allows for better, hierarchical dependency injection, making it a good choice for enterprise-level projects.

Angular also offers several online guides for developers. It is built around a simplified MVC architecture, making it easier to write code. It is also written in TypeScript, which helps developers identify common problems in code. It also offers a good number of features, including a unit testing feature and a feature that helps you create a more user-friendly site.

Angular developers are experienced software engineers who create a wide range of web and mobile apps. They are well-versed in other technologies, including JavaScript and CSS, so they can deliver an advanced solution for your project.

Angular is a good choice for enterprise-level projects, which require high-level functionality and high quality. They may also require third-party integrations and advanced technologies. This is because these apps need to perform well and add a competitive edge to your business. They may also require a testing team to ensure that they are functioning properly.

Angular also includes nuseveraltures, which help improve the performance of the app, and speed up the development process. It also has a good community support. There are several online guides for developers, including a list of the best free tools.

Angular developers depend on basic functions

Angular developers depend on the basic functions of the framework to create a web application. This framework is a JavaScript-based framework that works with the MEAN stack (MEAN: Mobile, Analytics, Networking, and Cloud). It is an open-source framework that allows developers to create web apps that are fast, efficient, and reliable.

Angular applications are developed using a set of modules. These modules are collections of related code that form a functional set. Each component defines an HTML template and a class that stores application data. The template can then be integrated with the view by using binding markup. This also allows for program logic to respond to user input.

The template syntax also integrates the views with the program data by using pipes. The pipes can transform values to display them in a way that is appropriate for the user’s locale.

Angular also includes a built-in directive called ngFor. This directive allows you to transform DOM elements according to program logic. The directive also defines a binding syntax for these elements.

Another built-in directive is ngIf. This directive helps you build component templates that combine ordinary HTML with Angular directives. You can also create your custom directives.

In addition to directives, Angular defines several decorators. Decorators are objects that mark classes and tell Angular how to use them.

Decorators allow Angular to modify JavaScript classes and add data to them. They also define a metadata object that associates the template with the view.

The framework also has a dependency injection (DI) framework that declares dependencies to classes. It also provides a single shared instance of root-level services. The DI framework ensures that component classes are lean and reusable.

Angular also includes a Router service that provides sophisticated in-browser navigation capabilities. In addition to this, the framework also includes a data storage system that allows for efficient data collection.

Hiring an Angular developer based on experience

Angular is an HTML-based framework that can be used for Single Page Applications, as well as for User Interface services for websites and mobile applications. Its benefits include declarative templates, hassle-free dependency injection, and end-to-end tooling.

Hiring an Angular developer can be a complicated process. It involves finding and screening the right candidates, onboarding them, and ensuring their availability. You may also need to provide them with a workspace and access to the company’s internal systems. You’ll also need to prepare the payroll and officially register the new worker.

You’ll need to ask a lot of questions during an Angular developer interview. This includes questions about the developer’s experience, knowledge, and passion.

If you hire an Angular developer, you’ll be able to create a dynamic website or a user-friendly business application. You’ll also be able to improve the effectiveness of browser-based applications.