For many people, domestic violence is a problem where men hurt women or try to dominate women. Many research and police records have shown that this is accurate. Domestic abuse does not only affect one gender.

People see a woman being abused by her partner when they think of domestic violence victims. They are not wrong but men are also victims of domestic violence. It affects a wide variety of people, not only women. Anyone who has experienced domestic abuse should speak with an attorney. They would be enlightened on their legal options.

The issue of domestic violence is quite serious. According to research, 1 in every 4 women experience domestic abuse at some point in their life.  Only about 35 to 40 percent of victims of domestic violence file reports. This means  that the great majority of incidents go undetected. This figure is lower among men. Men are much less likely to report female-on-male violence. Authorities’ doubts about a woman’s capacity to hurt a man . They doubt the abuse that women are most likely to engage in. So issues with masculinity are  given as explanations.

The Types of Domestic violence

We assume that domestic violence only takes the form of physical assault when we learn about it. In other words, when there are obvious wounds.

The most well-known and frequent kind of domestic violence is physical assault. It encompasses assault and force as well as any act that has the potential to risk to life or limb, or impair the health of the one who is being wronged.

Physical or verbal sexual abuse or sexual assault are also possible. Among the behaviors that have resulted in sexual abuse are:

Verbal abuse comprises remarks made to the victim by the abuser as well as threats, accusations, and warnings. The most typical kind of abuse is this one. Domestic violence is typically tolerated since the victims don’t even realize they are experiencing it, thus they become accustomed to it.psychological abuse

The victim’s self-esteem and self-confidence are under attack by emotional abuse. It includes:

Threatening to deny the victim access to money resources is known as economic abuse or financial abuse.

Domestic violence affects every group of people.  Including the wealthy and the poor, the young and the old, the immigrants and the citizens. Anyone can be a domestic violence victim. The victims of domestic abuse might be either male or women.

Women also cause assault with a deadly weapon on male victims in domestic Violence.

Domestic violence is seen to be a serious issue.

1 in 4 men and 1 in 3 women report abuse in romantic relationships. One in five women and one in seven men say they have experienced serious physical violence as a result of abuse.

Instances of stalking are issues related to domestic abuse that people describe. A total of 5.1 million men report having been stalked at some time in their life. One out of every 71 males reports rape from a person they know. With  29% of these men claiming that the rape was carried out by an intimate partner.

The issue of male victims and reports of violent crimes exists. Domestic violence is 7 to 14 times more likely to women than by men. Gender preconceptions for men and women are to blame for this underreporting. In American culture, male dominance, prowess, and strength are important. Domestic violence victimization does not fit this stereotype. Men  are seen to be stronger than women according to gender norms. Many of them decide not to report the incident because they think they can handle it. The discussion of domestic violence often centers on the experiences of female victims. Men  are not seen to be the Victims.

Police do not take domestic violence seriously when males do report incidents of it. For male victims of domestic violence, there are less resources accessible.  There are more to help female victims. Some men think that if they disclose domestic abuse, they would get the blame for the abuse.

The repercussions of domestic violence on men are like those on females. Drug  and alcohol usage, greater suicide rates, and depressive episodes are the cause of  it. Men may also experience physical harm from intimate partners. Men are also affected.

Effects of Domestic Violence on Women

Beyond the physical harm that women of  domestic abuse endure at the hands of their abusers. It has long-lasting impacts on them.

Domestic violence victims have a wide range of psychosomatic conditions. Including eating disorders, sleeplessness, and generalized chronic pain.  They also have  life-threatening mental health issues. Some are seen to have PTSD.

Many victimized women experience everyday struggles due to the effects of domestic violence. They lose their jobs as a result of being absent from work owing to illnesses or doctor appointments. Which makes it harder for them to escape their violent relationships.

They could experience  self-perception loss and feel undeserving of affection. They feel humiliated that their partners are abusing them.

These women separate themselves from friends and relatives. They avoid social activities that other people do because they feel poor about themselves.

It wouldn’t be incorrect to claim that domestic abuse laws that are gender-neutral are needed. This legislation against gender discrimination is unfair to both men and women. Anyone has the potential to both abuse others and be an abuse victim. Occurrences of domestic violence against men may be less frequent than those against women. These victims need to be protected and need laws that they can rely on. The belief that if a woman slaps a guy, he must have done something wrong. The same reasoning holds true for men as well, but any sort of violence committed against anyone is unacceptable and wrong. Even though women are the majority of the victims of this act, it is shocking to learn that men are also subjected to such horrors. It’s time for everyone to start addressing this issue and passing laws that regulate domestic abuse as well. This is because it is often ignored and seldom discussed. No of one’s gender, everyone has a right to justice. 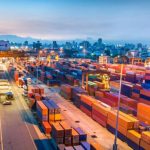 How to start foodstuff trading business in Dubai

How to Choose the Best White Label SEO Provider

When you choose a white label SEO provider, you're letting a professional handle the SEO process…

Sports domes are the future of sporting. With sheltered stadiums already a common sight in the…

What is a Kiss Cut Sticker Sheet?

Custom kiss cut sticker sheet come in square or rectangular sheets. They are not cut into…